...says winter!
I can't believe that january is nearly over, but on the other hand I am hoping for signs of spring now. doesn't help much though - after two or three days of milder temperatures, with rain here and there, but nothing too bad, we'll be back to winter again from wednesday onwards:( the only thing that lifts my spirits every time I go out are the first snowdrops outside! pity that they don't flower in yellow or red, they would be even more uplifting!
there are signs of spring though - the daffodils are out now, some even with visible buds! I do hope that it won't be too bad because our next spinner's meeting is supposed to be on saturday - but only if snow and/or ice on the roads won't make driving too hazardous. on the other hand we were lucky to only have about 6 cm last week - here's the proof: 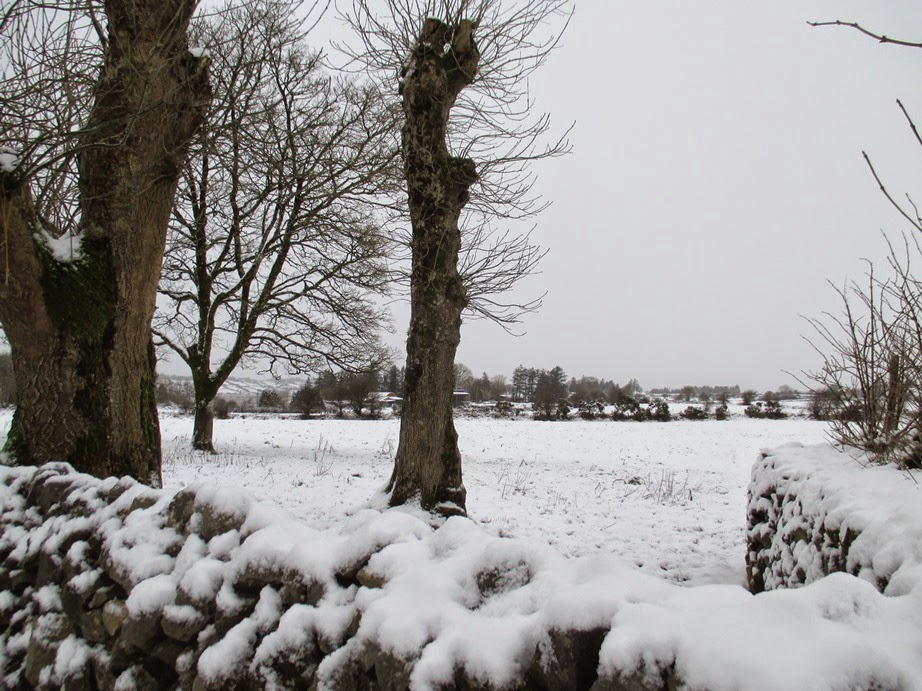 looking towards the north-west - a very drab colour scheme.... 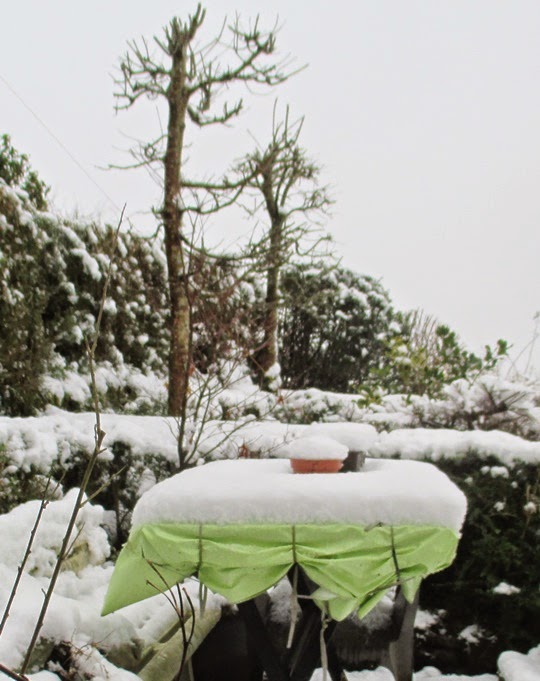 the birds went crazy last week; to the right is the place were I put the feeder and they had a "conveyer belt" going all day. they wait over the hedge to the left, then come closer into both ash trees - and only when there's a free space will they move to the feeder - and back again to their waiting perch on the left:) I had to refill the feeder during the day - I think they told every bird in the neighbourhood to come because they'll get fed here:)
and you can see on the table that we've had quite a lot of the white stuff in only a few hours! I hope it won't be that much during the next few days, because it always results in hiccups on school runs (the school bus won't go) and shopping trips.... and travelling to our meeting of course:) 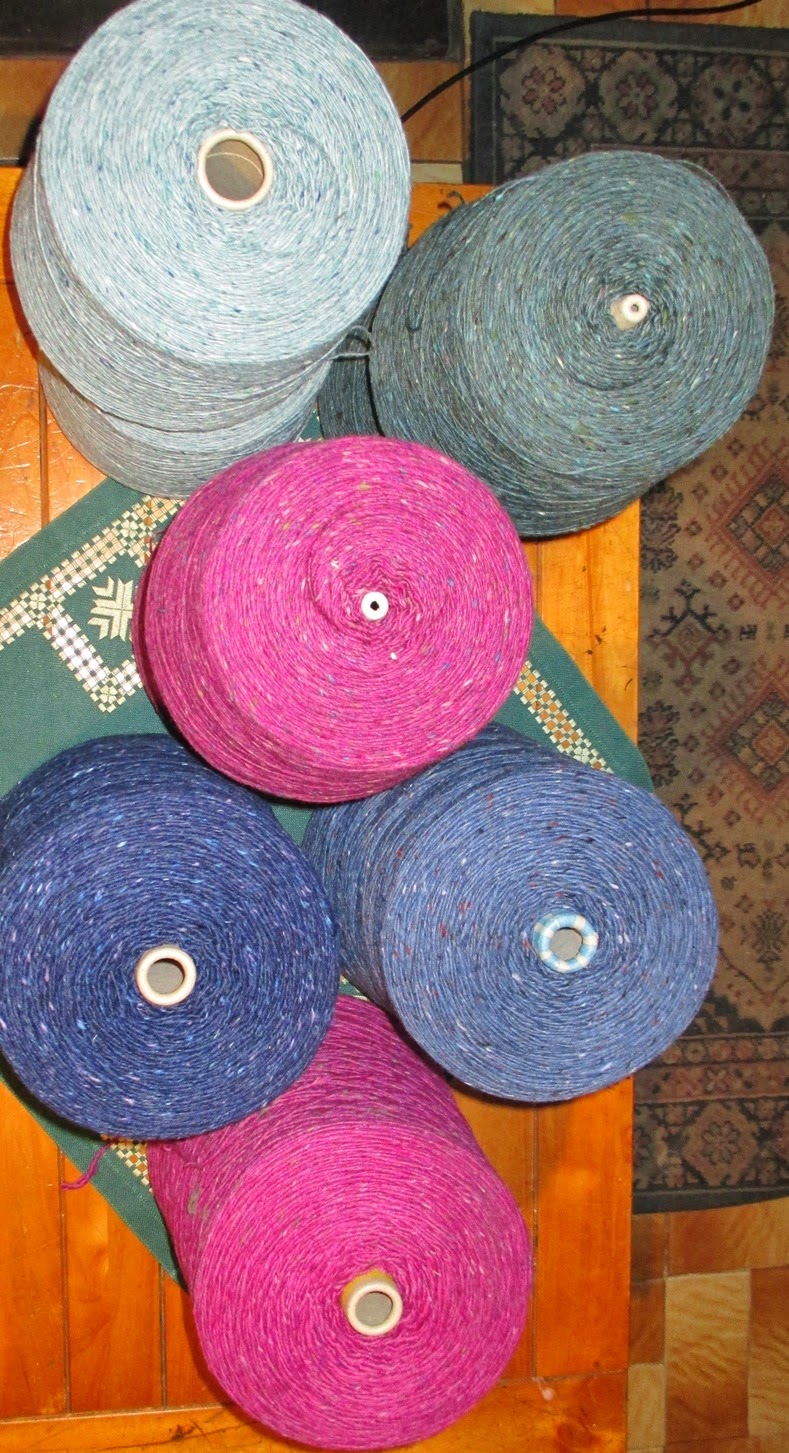 this is the reason why I am really anxious to go. I put in a small order at kilkarra donegal tweeds a little while ago. after I made a small sample with the dark red-purple soft merino I ordered last time, I decided that I'd like to go ahead with a longer cardigan/coat in double knitting. but of course I need a contrasting colour for this. hard to decide which colour to take, but in the end I decided against grey and for the light "seafoam" green/blue in the upper left corner. the two cones to the right in a light petrol (the colours are darker without flash) will become a cardigan for my father (who doesn't like chunky cardies. it'll take time, but I'd say there's enough time to knit it until next christmas:).
both pinks (one aran, one soft merino) are not for me and neither is the denim blue on the right. the dark blue on the left however will be another aran sweater. or at least half of it - the other half is already promised to another fan of blue:)
so let's hope that I can go to the meeting - to unite the cones with their new owners:)
of course I knitted some more, even though I was hampered by a finger injury (not the first time I've managed to push a wood splinter right under my fingernail:() - but the pix are still in the camera downstairs. let's just say that I finally finished a sweet pea - and some other things as well!
Posted by Woolly Bits at 16:44

The weather this year has been all over the place, hasn't it? Wow, a splinter under the fingernail. Yikes, that sounds painful. Here's hoping that you're able to make it to your meeting!

How wonderful that you have snowdrops and can think of spring coming soon. It is still too cold and blustery here. I hope your snow melts quickly!

Judy - yes, we had extremely wet weather last february, but near drought conditions in september (not that I'd be complaining! it was lovely not to drown in rain for once:) but finger's ok again - and yes, despite some icy patches we made it to the meeting!

Nina - maybe I shouldn't have mentioned it - the whole of next week will be freezing and snowy:) but the snowdrops flower anyway - right little troopers!